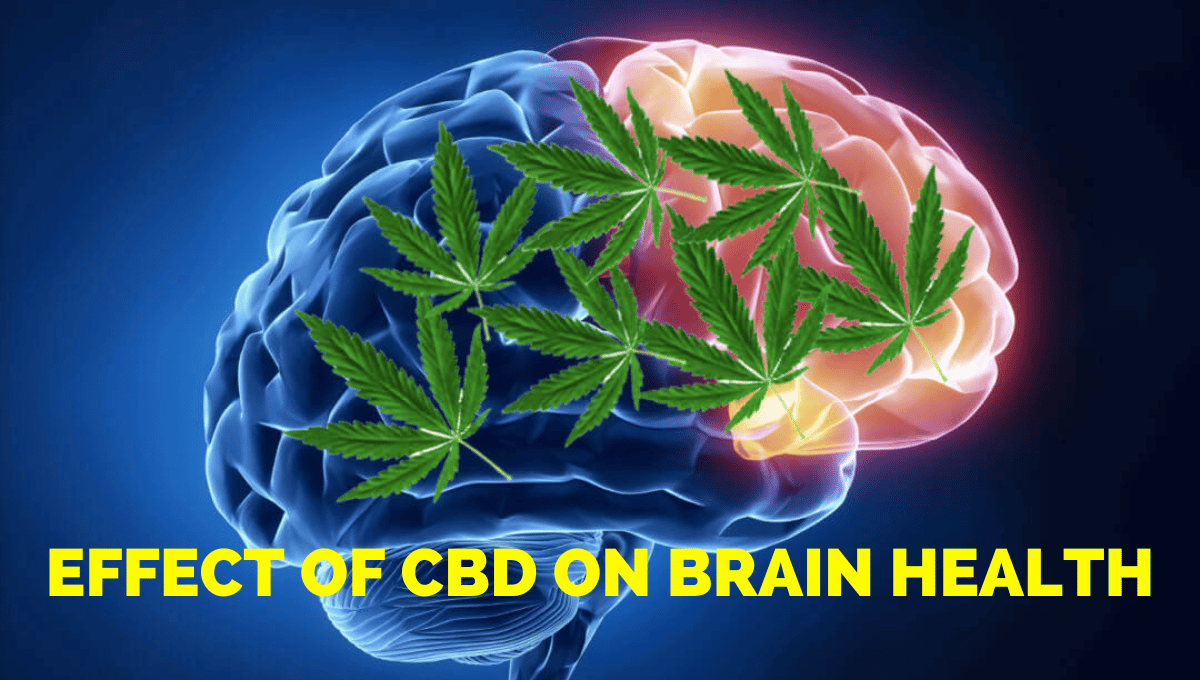 Researchers are just now starting to describe cannabidiol’s medicinal advantages (CBD). As more information becomes available, we are finding that CBD may significantly improve your brain health because of its capacity to shield brain cells from the damaging effects of stroke, traumatic brain injuries (TBIs), and neurodegenerative diseases like Alzheimer’s and Parkinson’s disease. Learn about the effects of CBD on the brain, the neurological diseases it may help cure, and the best ways to utilize it.

How CBD Affects the Brain

We must first comprehend the operation of the endocannabinoid system (ECS) in order to comprehend the effects of CBD on the brain. Homeostasis, or equilibrium, is fundamentally influenced by your ECS. Infertility, controlling hunger, pregnancy, pre-and postnatal growth, pain perception, mood, the benefits of exercise, and memory formation are all regulated by the ECS.

Throughout a person’s lifespan, the ECS is crucial to the growth and plasticity of the brain, with endocannabinoids like anandamide and 2-arachidonoylglycerol (2-AG) being crucial to the development of the teenage brain and the protection of babies’ brains.

Health issues arise when the ECS is hampered or if a person’s genetic makeup improperly encodes cannabinoid receptors or endocannabinoids. Injuries and illnesses that are part of an inflammatory event (such as a persistent viral or bacterial infection) can disturb the ECS, which can have both short- and long-term effects on how the ECS functions. Just as the brain changes during a person’s lifetime, age also affects how the ECS functions. Therefore, maintaining the ECS “in balance” may aid in overcoming or, in theory, even avoiding ailments that afflict the human brain as it matures.

The ECS is a crucial regulator of sociability, emotions, and cognition, and there are a number of neurological and mental diseases that are associated with disruption of the ECS. While some of these disorders are inherited and can appear at any age, others become more likely as we get older (although there may still be a genetic component). Some of them are autoimmune diseases.

The following neurological and mood problems may benefit from the use of CBD and other cannabinoids, including THC in some cases, according to numerous studies and reports:

Most individuals are aware of marijuana’s potential to reduce anxiety. While THC might make some individuals feel calmer and more relaxed, it can also make some people feel more anxious. Due to this, experts are now looking into CBD as a possible treatment for sadness and anxiety. For instance, in one study, scientists looked at how CBD affected brain function and anxiety levels. The hypothalamus, which is typically overactive in persons with anxiety disorders, is one of the brain regions associated with anxiety, and the researchers found that CBD lowers blood flow to these regions. Additionally, it was discovered that CBD lessened general anxiety, with subjects reporting feeling less anxious after ingesting the drug.

Antidepressant properties of CBD may also be present. In persons with depression, CBD seems to operate by resolving the dysregulation of the endocannabinoid system. Furthermore, it has been discovered that CBD affects a serotonin receptor that affects depressive symptoms. Both patients and clinicians now have more options thanks to these investigations. Antidepressants might take weeks to start working and can have adverse effects, but CBD starts working right away with few negative effects.

Although many people think that marijuana hurts the brain, research shows that some cannabis constituents, including CBD, can actually save brain cells from damage. In fact, the neuroprotective properties of cannabinoids were patented in 1999 by the US Department of Health and Human Services. According to the patent, cannabis and its chemical attributes can shield brain cells from damage in people with neurodegenerative disorders like Alzheimer’s, Parkinson’s, and other forms of dementia.

The way CBD interacts with the brain’s CB2 receptors is what gives it its neuroprotective properties. CBD causes immune cells in the brain to respond in an anti-inflammatory manner by acting on CB2 receptors. Inflammation’s ability to harm the brain is lessened as a result. The brain damage seen in people with illnesses like Parkinson’s disease and Alzheimer’s disease is partially caused by oxidation, which also leads to the loss of brain tissue. Research suggests that CBD reduces oxidative damage by interacting with CB2 receptors.

CB1 receptors, which are primarily found in the brain, and CB2 receptors, which are primarily found on immune cells, make up the endocannabinoid system. When marijuana is taken, chemicals like THC and CBD stimulate the endocannabinoid system. THC binds to CB1 receptors in the brain and has psychotropic effects including reducing pain, elevating mood, impairing short-term memory, and increasing appetite.

CBD does not stimulate CB1 receptors as THC does. Because of this, CBD has no psychotropic side effects. Instead, CBD’s interaction with CB1 receptors prevents substances like THC from attaching to these receptors. Many of the euphoric side effects of THC, including anxiety and memory issues, are reduced by CBD.

Additionally, CBD raises the brain’s anandamide levels. One of the few naturally occurring cannabinoids produced by the body is anandamide. Dopamine and serotonin, two other brain chemicals, are regulated in part by anandamide.

Cannabis has been used for thousands of years to treat pain. While it is commonly known that THC has the potential to reduce pain, research shows that CBD also has this ability. CBD works on CB2 receptors, which are primarily found on immune cells, to help reduce pain. Some cellular processes are controlled by the CB2 receptors.

Suppressing the inflammatory response induced by immune cells is one of the biological processes CB2 receptors control. CBD reduces the levels of inflammatory chemicals at inflammatory sites, including chemokines and cytokines. By reducing peripheral inflammation, CBD helps prevent pain signals from reaching the brain.

Additionally useful for treating epilepsy is CBD. CBD appears to control seizures by reducing the level of excitation of brain cells involved in seizures. By promoting the release of the inhibitory neurotransmitter GABA, CBD blocks the brain processes that lead to seizures.

Numerous health advantages of CBD make it an effective treatment for a variety of physical and mental health issues. Please call LifeBoost to pre-qualify for the use of medicinal cannabis if you’re interested in utilizing it to manage your health.