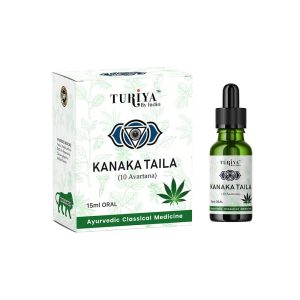 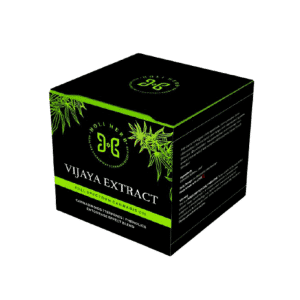 In case, you don’t have a prescription from a doctor. Click here to get your prescription.
Note: You will be redirected to our Medical Consultation Page

Notify me when the item is back in stock.

Turiya Dhuma Yoga Daylights – Dhūmapāna is the Sanskrit term for medicated smoking therapy. Dhūma (smoking) is a social, traditional and ceremonial activity of Vedic heritage that can be relaxing, enjoyable and also therapeutically beneficial. Once it was a part of healthy daily regimen of Indian culture. Till the 17 th century, cannabis smoking was the only form of smoking in vogue. Āyurveda, the science of life, is the oldest medicinal literature known to mankind and traditionally considered a part of Adharvaṇa Veda. It is written in Sanskrit, the language of the gods. In Āyurveda, dhūmapāna is recognised as an important procedure of healthy lifestyle and also in certain therapies like pañcakarmā to help with various ailments. Charaka saṃhitā is the ancient text of Āyurveda, the first book of the great trio treatise (bṛhattrayī) which mentioned the benefits of dhūmapāna while describing dinacaryā (daily regimen), a concept in Vedas of general rules (code of conduct) to be followed daily for prevention of ailments.

Āyurvedic dhūmapāna shows predominance of Agni (fire) and Vāyu (air) of pañca mahābhūta
(five fundamental elements) having subtle, microscopic and all-pervading quality known as sūkṣma guṇa which helps in rapid drug delivery and quick spread of medicine into all the nooks and corners of the head and neck regions. As per the sage Charaka, when the right herbs are smoked in the right manner it imparts clarity of mind besides strengthening the five vital sense organs (eyes, ears, nostrils, tongue, skin) and their respective sense objects (vision, auditory, smell, taste, touch) which are responsible for the perception of objects in this material world.

Dhūma cleanses the passages of ENT by thinning excess mucus and providing a soothing effect for impaired voice. It is an excellent choice for helping people with ailments specifically of respiratory ailments as well as diseases pertaining to the head and neck of Vāta and Kapha Doṣa origin as per ancient Āyurvedic literature. As per Āyurveda, herbal smokes infused with
medicinal cannabis acts rapidly through enhanced bioavailability and Dhūma have a long list of limitless healing benefits such as detoxifying lungs, relieving chest and nasal congestion besides controlling cold, cough, allergic rhinitis, dyspnea, asthma, hiccups, excessive salivation, tonsillitis, ear ache, eye pain, nasal ailments, heaviness of head, hypersomnia (excess sleep), sneezing, etc… that can be treated with Dhūma. There are also indications of firmness of teeth, impregnability to bones of cranium and cleansing of mouth by eliminating bad odour. Removal of fatigue, laziness, brain fog and psychic disturbances by increasing the energy levels are also plausible.

Turiya is honoured to present Directorate of AYUSH approved Āyurvedic medicinal cannabis smokes for the very first time in India. “Dhūma Yoga” rolls are wild crafted unique herbal blend taken from the goodness of ancient Vedas of Āyurveda. The rolls are 100% tobacco-free and nicotine-free with no added chemical additives, preservatives or artificial flavours. The herbs used in this formulation have distinct properties in improving respiratory health. World Health Organization (WHO) considers 4 out of 5 ingredients of Dhūma Yoga as important medicinal plants and has included them in the WHO manual related to traditional medicines.

Ayurvedic Medical cannabis-infused smokes is a healthy alternative to tobacco smoking without compromising the characteristic soothing and relaxing effect of the latter. Remarkable discrete properties of the individual herbs present in this Dhūma mixture helps to quit tobacco smoking.
They also help in removing abusive drug dependency on alcohol and other hard drugs such as cocaine, heroin, opioids, etc. Since this formulation is pure of a therapeutic nature, it is not harmful to passive smokers.

DISCLAIMER: Above descriptions are only for information purposes and not to be used for self-diagnosis.

AYURVEDIC MEDICINE: Non-GMO, Natural, Herbal.
DOSAGE: As directed by a physician.
METHOD OF SMOKING:
Inhalation and exhalation are two main aspects of Dhūmapāna.
• Inhalation: Puff drag is done by mouth or nostrils as per requirement.
• Exhalation: Dhūma has to be breathed out / exhaled only by mouth which is the correct way to smoke as per as Ayurveda. No smoke should come out of the nostrils.
AVOID IF: Below 21 years, Pregnant or Low BP.
CAUTION: To be taken under medical supervision.
सावधान: चिकित्सकीय पर्यवेक्षण में ही लिया जाये।

Vijayā (Cannabis sativa): Cannabis is the sacred rejuvenating plant of Āyurveda and by mythology is believed to be originated from the Gods. It is called Vijayā in Sanskrit which means victory from all ailments, to impart sukham (health) and satvaṃ (highest level of consciousness/goodness). Ayurvedic Medical cannabis has a unique relation to neuroendocrine signalling specifically related to Endocannabinoid System (ECS) which has been found to be pervasive in mammalian species. The cannabis plant produces Phyto-cannabinoids which are similar to endo-cannabinoid molecules produced naturally in the body. They are involved in various physiological functions such as immune modulation, stress response, respiratory health, appetite stimulation, reproduction, analgesia, sleep, thermoregulation, memory and learning, etc… by binding to cannabinoid receptors (CBRs) which are spread throughout the tissues to maintain homeostasis (equilibrium state of internal, physical and chemical conditions). Vijayā herb has a special property to act as a catalyst and enhance the bioavailability of the other medicinal drugs used along. Medical cannabis is being researched across the globe for its potential use in substance use disorder (SUD) caused due to the dependence of various addictive drugs like tobacco, alcohol, cocaine, heroin, opioids, etc…

Kālā dhatūra (Datura metal): Inhaling datura smoke is a famous age-old traditional folk medicine for quick relief in asthma attacks and all types of productive and non-productive cough. It is used internally in fevers and aphrodisiac formulations as per traditional literature. The main compounds are tropane alkaloids having anticholinergic activity that exhibit strong bronchodilation, prophylactic anti-emetic and antispasmodic (relieving abdominal pain / spasms). It also helps to relieve anxiety by modulating GABAergic pathway. It is a potential source of antioxidants which neutralise free radicals formed during tobacco smoking and is being researched for its potent anti-bacterial and anti-fungal action.

Pārasīka yavānī (Hyoscyamus niger): Smoking of Henbane in folk medicine have been in wide practice to relieve respiratory ailments. Active alkaloid compounds are similar to those found in dhatūra and act as an aphrodisiac besides improving digestive power along with helping with anorexia. It manages anxiety, depression and bipolar disorders by inhibiting excess monoamine oxidase activity and possesses neuroprotective potential by scavenging hydroxyl radical formed by tobacco smoking.

Cavya (Piper retrofractum): Java long pepper is a stimulant herb which improves taste and appetite required to relish wholesome food. It is a prime remedy for respiratory ailments in traditional medicine. It is a potent bronchodilator and cough medication which also regulates thermogenesis to maintain the energy balance in the body. The active alkaloid compounds in Cavya help in enhancing the effect of other drugs by its synergetic action.

Vāsā (Adhatoda vasica): Malabar nut is a potent cardiotonic, voice promoting, antitussive and respiratory healer as per Vedic literature. Its major alkaloids Paganini and vasicinone are very effective bronchodilators and have antihistamine activity. By its mucolytic property, it reduces the viscosity of mucus and helps to expel the mucus out through its expectorant action. It is a proven anxiolytic (anti-anxiety) and nootropic (improves cognition) that counteracts the overdose of anti-cholinergic compounds. It maintains cardiac and respiratory health by nullifying toxicity caused due to tobacco smoking through the inhibition of oxidative stress and inflammatory factors. Researchers claim smoking vāsā herb reduces tobacco withdrawal symptoms and hence is very useful in de-addiction of tobacco smoking.
Turiya Dhuma Yoga Daylights

Note: The description provided above is intended for general information purpose only.

There are no reviews yet.