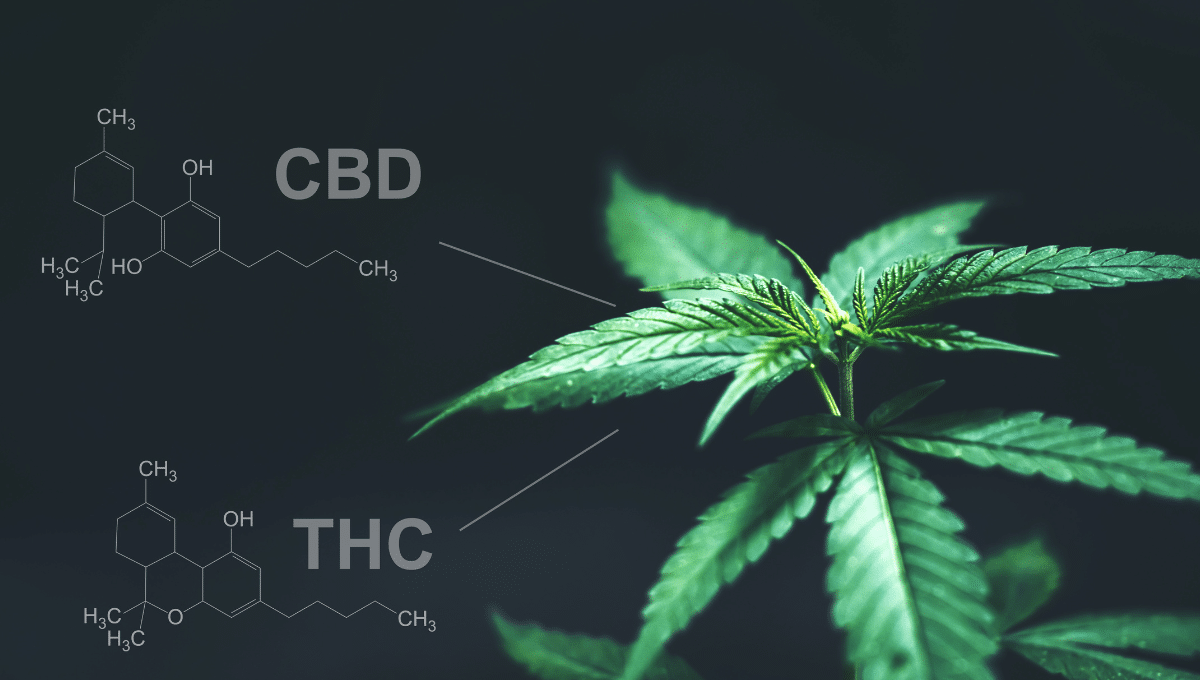 As marijuana is becoming legal in more and more places, you undoubtedly hear a lot about cannabis and marijuana-related items. The two natural substances, CBD & THC, are receiving the most attention.

The cannabis plant produces a viscous liquid that is rich in cannabinoids. Cannabis contains more than 100 of these compounds. Your body experiences effects that are akin to drug withdrawal.

The two most prevalent cannabinoids identified in cannabis products are THC (tetrahydrocannabinol) and CBD (cannabidiol).

Both marijuana and hemp contain CBD & THC. Hemp has more CBD than marijuana, which has a lot more THC.

Even though they are both cannabinoids, CBD & THC interact with the brain’s cannabinoid receptors in slightly different ways.

Due to its molecular resemblance to anandamide, evidence suggests that THC can bind to the primary cannabinoid receptors Trusted Source. This substance is a member of a class of cannabinoids called endogenous cannabinoids or endocannabinoids, which the body naturally makes. Because of their structural resemblance, THC and these receptors can interact, producing the high that people associate with cannabis usage for recreational purposes.

The high that many associates with cannabis usage are not produced by CBD, in contrast to THC. Although experts are unsure of its specific mechanism of action, CBD is thought to connect to receptors differently than THC. Rather, CBD may enhance the effects of other cannabinoids or bind to certain receptors.

Hence, to clarify their use, let’s understand the differences and benefits that CBD & THC have in store.

CBD & THC are isomers, which means they have different molecular structures but the same chemical formula (C21H30O2). THC has an additional 6-membered ring that is produced by joining a carbon and an oxygen atom (a connection known as an ether bond), whereas CBD has two 6-membered rings.

As a result, CBD & THC have different interactions with the endocannabinoid system receptors in the body, which influences the central nervous system, synaptic plasticity (the ability of neurons to connect), and the body’s response to stimuli from the outside world.

THC is the compound most commonly associated with psychoactive effects, while CBD is not. However, this understanding is “a huge misconception.

CBD Oil in India is still psychoactive, meaning it affects the mind—it’s just not intoxicating and doesn’t impair function.

The “high” from THC comes from its binding with CB1 receptors. Since CBD doesn’t attach to CB1 or CB2 receptors like THC does, it doesn’t produce the same intoxicating effect.

As long as they have a dry weight THC content of less than 0.3%, hemp-derived products, including CBD products, are lawful at the federal level in the United States under the 2018 Farm Bill. Federal law still makes it illegal for cannabis products to have more than 0.3% THC by dry weight, regardless of whether they are made from hemp.

However, because there are various state laws governing hemp and cannabis, legality can become complicated by November 2021.

Drug tests are typically developed to find THC in a person’s system, not CBD. However, a drug test can also be used to look for CBD, depending on who requests the test and what they plan to do with the results.

It’s also crucial to remember that even if you use CBD products derived from hemp that contains an acceptable amount of THC (no more than 0.3%), THC can still be found in a drug test. Steven Phan, the CEO of Come Back Daily, a CBD dispensary in New York, advises choosing broad-spectrum CBD or CBD isolate, which excludes THC if you want to consume CBD products without taking this chance.

Additionally, you should find out more about the CBD test you’ll be doing or speak with a doctor about its use.

The side effects that CBD & THC might cause can vary. Dry mouth and intoxication symptoms, including disorientation, psychosis, and dizziness, are common side effects of THC use. Panic attacks and psychosis are examples of more severe reactions. High amounts could even put you in the hospital.

However, it has been found that, even at high doses, CBD has no potential for misuse and won’t require hospitalization. High dosage typically causes drowsiness and may cause liver problems in the long run, though further research is required to substantiate this link. CBD’s connection to adverse digestive symptoms usually results from others.

According to research, physical pain and sleep issues have been linked to CBD & THC. Additionally, CBD is frequently utilized to reduce tension and anxiety.

CBD Oil Bangalore is a popular subject among academics. More than 160 CBD-related clinical trials are either recruiting or actively taking place, according to the National Institutes of Health clinical trials database.

Now, you have a fair idea about both terms and what CBD & THC bring to the table.

So, with this, you come to an end to the differences between CBD & THC. There are so many products that are available with these as ingredients. But, their use and legality are different from one place to the other. Knowing the rules, the prescription standards, and much more is recommended for safer use.