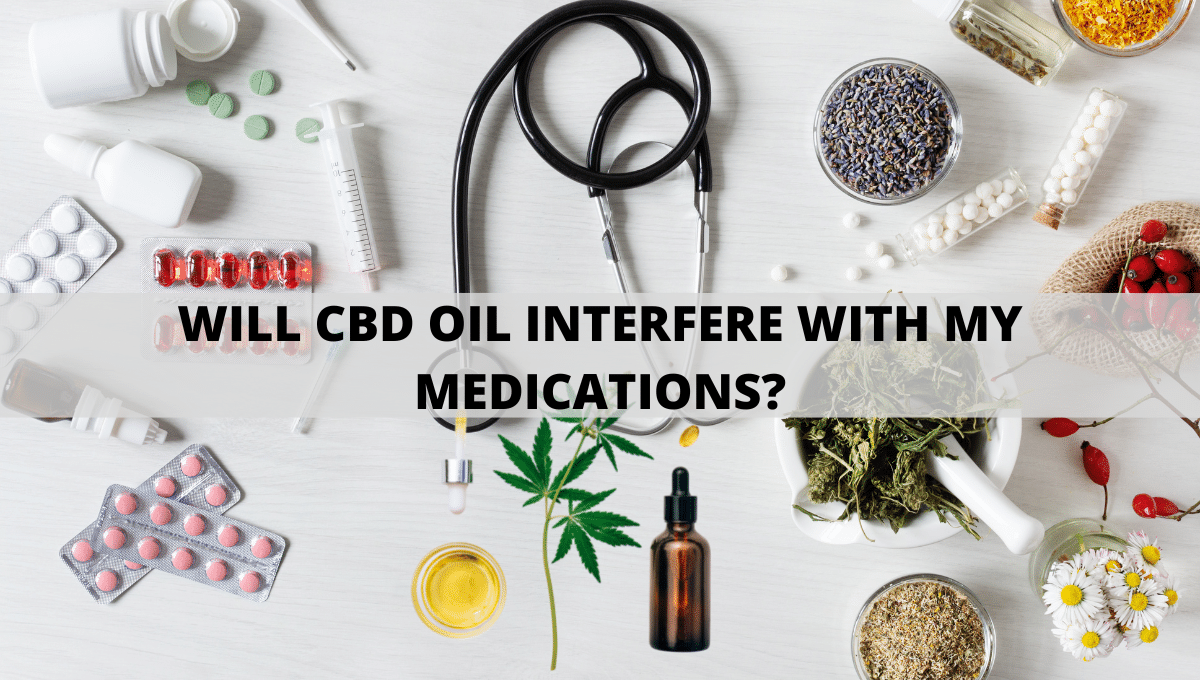 CBD in India has become an instant sensation among people nowadays. Due to its multiple health benefits, people have started taking it as an alternative medicine to get instant relief. Many people believe that it can be taken with their prescribed medicines. However, the reality is that some claims are really true but the rest of them are nothing short of rumors or hype. There are some scientific and realistic facts that are revealed by Cannabis doctors in India.

It is very important to know that CBD in India can interact with some medications that may cause health problems for patients. This is why its still available on prescriptions given by CBD doctors.

How Does CBD Interfere With Medications?

One must know that CBD is also broken down by liver enzymes, CYP450. But, CBD potentially hampers some of the enzymes present in the large family resulting in the difficulty of breaking down some drugs or making the process slower than before. This leads to certain side effects in the body. And, then one has to consult a doctor.

Also, CBD prompts other essential enzymes in the family that accelerate the breakdown process of specific drugs making their impact slower in the body unless the dosage is increased.

Medicines That Cause Side-effects If Taken With CBD

– Antidepressants: There are many anti-depressants such as fluoxetine, Prozac, etc are often taken by people to beat stress and feel good. If taken with CBD oil or medicine then it may cause potential side effects.

– Macrolide antibiotics such as erythromycin or clarithromycin can also cause potential side effects if taken with CBD oil.

– Some antimicrobials: There are some antibiotics, antifungals, etc that can block the liver enzymes that help CBD to process. Hence, if patients will take CBD drugs along with these medicines then it will enhance the CBD blood levels causing side effects caused by CBD.

Do Older People Need To Be More Cautious While Taking CBD Oil With Other Medications?

Yes. During old age, the livers and kidneys become slower to vanish medicines from the body. In fact, the metabolism rate also gets slower than before. In such a scenario, old patients suffering from severe health problems such as arthritis, cancer, heart disease, etc are more prone to side effects while taking multiple medications.

If they take CBD oil or drug along with the medications then the risk of getting side-effects gets increases. Hence, it’s important to consult a CBD doctor in India before taking any CBD oil or drug with prescribed medicines.

Who Should Make a Distance From CBD oil or drugs?

CBD in India has become a rage. People think that they can take it casually. There are many cases where CBD is found the major culprit of liver damage. While taking CBD oil or drug with other medicines without any prior prescription, the levels of liver enzymes get increased over a time period which may cause liver toxicity among liver patients. Hence, it is advised to hold some drugs, either CBD or other liver medications in order to stop the damage.

Similarly, if Epilepsy patients are taking the FDA-approved CBD drug Epidiolex may develop or give a green signal to abnormal development of liver enzymes followed by other side-effects such as sleepiness, etc. It happens majorly when they mix it with other medications such as valproic acid which also prevents seizures.

Does CBD Cream Minimize the Risk of Drug Interactions?

Yes, topical CBD products don’t go deeply into the body which minimizes the risk of a drug interaction. For instance, if someone is applying CBD oil on knees or joints to get instant relief from arthritis pain then it won’t cause much trouble or create much difference. One can use it without worrying about the risk of getting side effects, unlike CBD drugs.

Who All Are At Greater Risk While Taking CBD With Other Medications?

If you are someone who is over 60 years old or taking multiple medicines at a time then you should always consult a doctor before adding any CBD drug into your life. The potential side effects may cause serious health problems. CBD in India is easily available online but with a prescription.

It is always recommended to take CBD oil or drug under the supervision or guidance of CBD Doctor in India or anywhere. Although it’s a natural drug when it is taken with other medicines then potential side effects are involved. Hence, it’s always better to be safe and keep the risks at bay. You need to solve your problems, thus, don’t increase them by taking any careless steps.